Still reeling at the miracle adoption of baby Joy almost a year and a half later, I was embracing motherhood and over the moon for our sweet baby girl! It was such a blessing to watch her grow and conquer new milestones her first year and a half.  I cherished her story and how God handpicked us to be her Forever Family. I teared up every time I recalled how God moved mountains for us to be together.

Yet secretly, I kept thinking that our family wasn’t complete.  I would push those thoughts guiltily away and feel ashamed that the thought of an expanded family ever crossed my mind.  After all, I held and rocked my miracle to sleep every night and was fully aware not every family gets a miracle, and that I was beyond blessed to have her.

But when the phone rang and the news that Joy’s EXACT biological parents were going to have another baby, and we were asked to meet with them about another adoption, we hesitated.  Joy’s adoption was filled with drama and daily emotional roller coasters with the biological mother. While it ended happily and Joy came home to us where she belonged, Hubs and I both had doubts if we could and if we wanted to do it again.  This time instead of only one short month of drama, there would be seven long months of the unexpected. And the games had already started.

During our meeting, the birth mother had a laundry list of demands for us and it was clear she wanted to use the children as pawns to get her way.  Apparently we weren’t her only choice as adoptive parents and according to her, we were not even at the top of her list. She planned on stringing us along for seven months, expecting us to cave to her every whim and demand or else not allow us to adopt baby #2.

Hubs and I talked and prayed a lot about this baby over the next several months, but ultimately had a ton of questions surrounding this situation.  Were we able to live with the birth mother’s instability for months to come? Was this another of God’s miracles, or would the door be closed to this child at the last minute? Joy was already displaying developmental delays in a few areas, would this baby have them too or be worse off than she was?

As a mom, how do you say no to a little life who needs a chance, a stable home and loving parents to guide the way? I knew I wanted this baby, but was so unclear as to how God was leading us.  Once again the road of adoption was paved with uncertainty.  But having lived it before, I was reminded that God already knew the way.  This was all part of His mysterious plan and He beckoned me to step out in faith once again.

So we decided after much prayer, to cautiously proceed with the adoption. Hubs and I were both aware how fragile this situation was and in the end, there was a very real chance the baby could not be ours. But the funny thing is, I already knew this baby wasn’t ours to cling to and dream of raising.  Instead, I knew that baby #2 belonged only to God and once again, I laid my vision of my life at His feet, ready accept whatever came next, baby or not.

The adoption roller coaster continued with the birth mother.  One day it was a definite yes, this baby was going to be adopted by us, and on other days she hated us and never wanted to speak to us again.  On a day we had found her favor, she invited me to go the gender reveal ultrasound with her.  I was on pins and needles, ready to see the little face of the baby I hoped would one day call me mom.

And there it was on the screen.  The “equipment” that meant this precious life was a BOY!  Seeing his healthy organs and heart beating strongly with the life created by the Lord, made me well up with tears of joy.  I not only wanted this baby, but I was willing to FIGHT for him and endure the chaotic months I knew would lie ahead to hold him in my arms and call him mine.

It’s a good thing I was ready for a fight, because that’s exactly what we faced.  For seven long months we endured the schemes of the birth mother.  Over the course of those months, I lost count of how many times she told us no, we would not be adopting him. Thankfully she would not stay mad for long and would change her mind on a whim.

Yet I knew that God was working silently behind the scenes in this situation, guiding us down His path of the great unknown. I just kept trusting in His plan and His timing, not mine.  I knew that if this baby boy was going to be our Forever Child, God would have to move mountains yet again for our family.

And that’s exactly what He did. Bubs was born on a warmer than usual winter day by scheduled C-Section. Hubs and I and our families all waited expectantly for word that Bubs had made his grand entrance into the world and were pacing in the waiting room ready to smother him with hugs and kisses.  But hours passed, and there was still no word that he had arrived.

Our adoption liaison (an AMAZING mutual friend!) finally found out that not only was Bubs born, but he was with the birth parents, whom had not alerted the hospital that they were giving him up for adoption. Apparently, they intended to surrender their rights, but wanted a little time with him before they gave him up. I understood and ultimately had no choice but to respect their privacy, even though I was desperate to spend lots of time with baby Bubs.

Hubs and I were able to meet and hold him for about five minutes in the presence of the biological parents.  I wanted to whisper sweet nothings of love and family into his newborn baby ears, but had to restrain myself and was praying for some time alone with him later. But time alone with him never came. The biological parents wanted to keep him with them and we were allowed minimal visits, always in their presence. They kept reassuring us that he would go home with us and we would have a lifetime with him, and all they were requesting were a few days.

My hands were tied and legally there was nothing I could do but wait for a glimpse of him here or there, if we were so granted access. Our lawyer came and went with all of the surrenders signed and according to him, the baby would be released to us once he was discharged in a few days. Meanwhile Bubs would stay with the birth mother, until he was discharged and we could take him home to start our lives.

Much to our surprise, the hospital social worker decided to get involved more than necessary and the battle for Bubs officially began.  The social worker did not think the birth mother knew what she was doing in placing Bubs up for adoption, and decided to hold him at the nurse’s station until further notice from the hospital attorney.  No one other than the hospital staff had access to baby Bubs for two whole days.

For two days, my lawyer battled with the hospital lawyer’s about the mental state of our birth mother and were deciding the fate of baby Bubs.  It was a moment by moment situation, in which the options were not headed in our favor.

After much back and forth, we went to bed on Saturday night with a heavy heart.  We had been praying for seven long months for God to show us the way and a clear direction whether or not baby Bubs was supposed to be part of our family.  And for seven months, the path was not clear to us.  Instead, God had called us to be patient, trust in Him and wait to see what He had planned. So we waited and prayed, and waited some more.  After all this time, God was closing the door on this baby whom I had grown to love and wanted more than anything to watch grow up.

Yet having been through so much in our lives, from cancer to infertility and now a second adoption, I knew that God’s plans were better than my plans.  I knew God sees what I can’t, the big picture of my life and how it all works together.  He has healed my heart so many times, that while the pain of losing this sweet baby boy was fresh and real, I knew I eventually would move on, coming out stronger on the other side for once again trusting the Lord.

We weren’t awake long when the phone rang.  It was our lawyer with news that we could go later that afternoon and pick up OUR BABY BOY!!! For whatever reason, the hospital changed their mind and decided to let the surrender of parental rights that had already been signed stand and would release Bubs into our care and the adoption would proceed!!! What a miracle!!!

Once again, God had moved a mountain to bring us a child.  Only God could have orchestrated Bubs’ release and moved in the hearts of those who decided to keep him from us!

We quickly picked him up, and brought him home to our house surrounded by friends and family.  We celebrated God’s latest blessing and praised Him for another miracle adoption story! 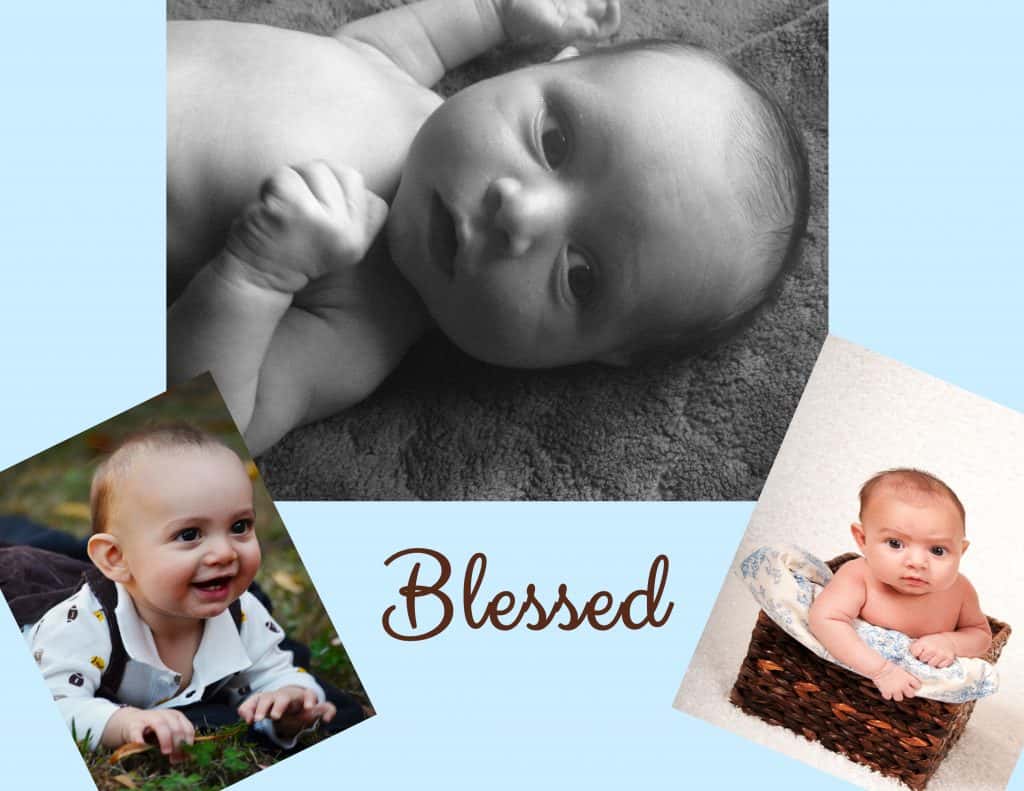 I LOVE our adoption stories and am humbled that God chose us to be parents to these two amazing kids!  Has adoption affected your life?  Who do you know whose life was blessed by adoption?