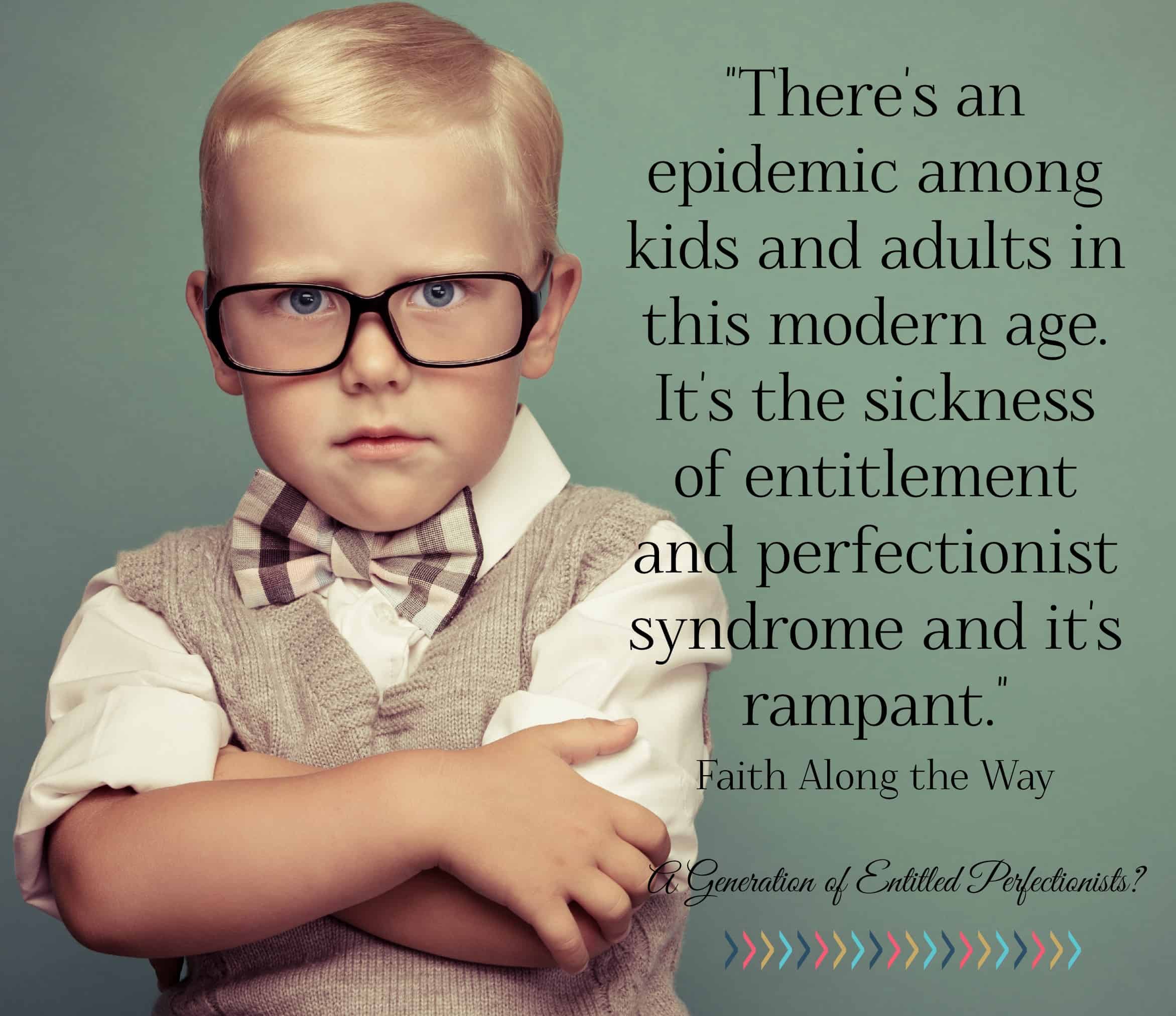 As a child of the late 70’s and 80’s, my childhood was spent running around outside, performing lip-syncing concerts for my neighbors to the pop beats of Debbie Gibson and Michael Jackson, and collecting more jelly bracelets than I could count.

Cabbage Patch Kids and Strawberry Shortcake were among the must-have toys, and while I remember my childhood fondly, was it really an era of “simpler times” and innocence for children? 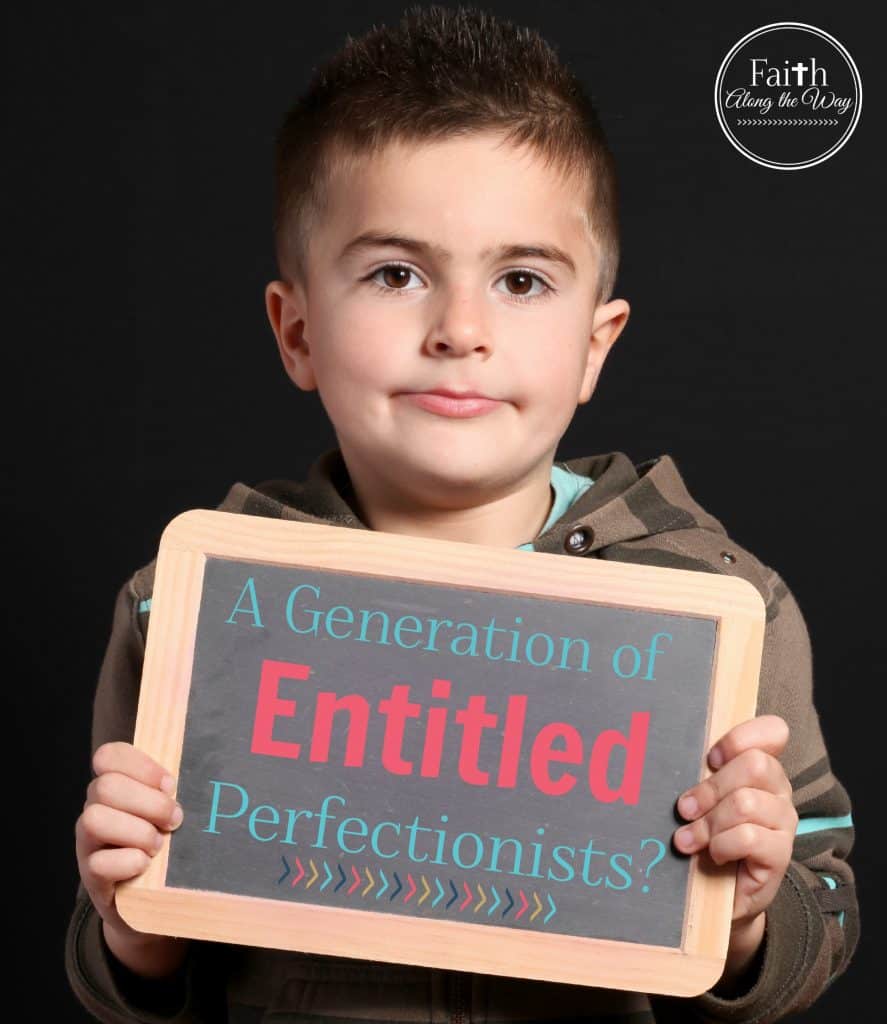 While we might have been able to sit up front in the car from early on and there was no such thing as organic food, the answer is no.

Since the 1960s, when prayer was taken out of school and traditional family roles started changing, there has been a slight erosion of each generation of children. With each passing one, kids now know more about the world around them and innocence is lost earlier than ever before.

Today there’s an epidemic among kids and young adults in this modern age.

It’s the sickness of entitlement and perfectionist syndrome, and it’s rampant.

As an educator for 15 years, I can see that this heart-issue is spreading like wildfire, threatening the attitudes and minds of our future leaders.

The trend of children today

Children are often raised entitled; believing that they are owed “something and everything” from the world around them.

They believe they’re entitled to the finer things in life: technology, vacations, clothes, eating out, and constant entertainment.

Working hard for something is a foreign concept, and many suffer from a poisonous attitude against work.

Ironically, children expect good grades, to be the best at their sport, and to be the center of attention, even if they don’t deserve it.

In an age of selfies and status updates, children tend to be narcissists, believing that life revolves around them.

The root of the problem seems to be two-fold, a progression of society away from biblical principles and parents who condone such behavior.

Society encourages children to want more and to expect that the finer things in life are coming to them, regardless of the cost.  According to a modern society, Mom and Dad should provide luxury items, and sacrifice regardless of the expense so children can have the latest technology and material possessions.

Parents fuel the fire by not putting boundaries, not saying no, or not having children work towards earning things, such a cell phone.

Also, many parents encourage the mind-set that life revolves around the children, and are not teaching the life lesson about serving others.

Children also see parents going to bat for them against teachers, coaches, and authority figures, thus demeaning the role in the child’s life, and fostering an attitude of disrespect.

If a child isn’t held accountable by mom and dad for actions and responsibilities, there will be no respect for those in authority. 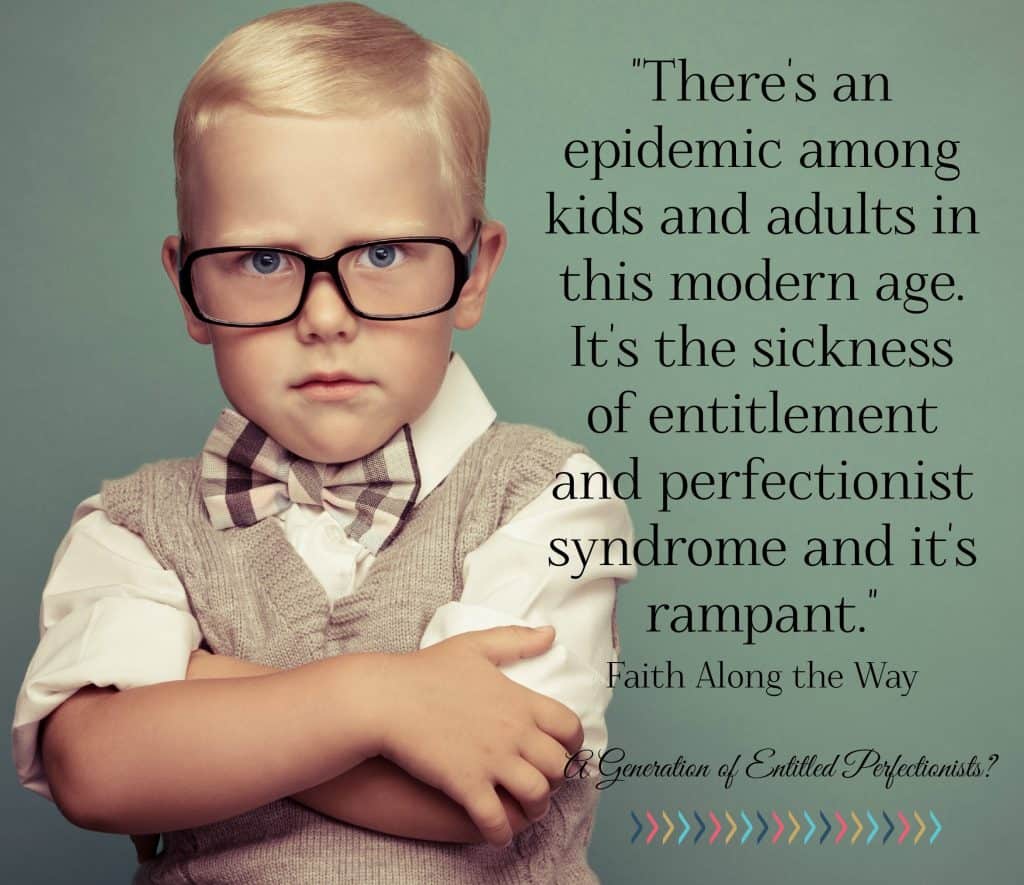 Is there a solution?

I wish I could say I had the answer to this all figured out and families would desire change.

But I do believe with boundaries placed within the home, there can be change within a family, which sparks change in a community, and is contagious.

– Say no to children at an early age

– Surround your family with friends who do the same

– Encourage children to be others focused, not selfish

– Show respect, as parents, to all authority figures, even when you disagree, and encourage your child to do the same

Is all hope lost?

Is the modern generation of children is all doom and gloom or is there is hope for the future leaders of our world?

Yes, the hope for this fallen world is Jesus.

When God gets a hold of a family, He is faithful to provide strength and courage to stand against the norm.

He is the way that parents can steer their children against the grains of a sick society and raise children who are godly, and to stand firm for Him.

Change is possible, and right now, there are families who are going against the norms of the world and doing things differently no matter the cost.

I’ve seen a family in my school offer free gas and breakfast to strangers on Christmas morning in lieu of gifts.

I’ve seen the high school senior stand up for her faith, be bold in witness, yet recognized by her peers in the Senior Superlatives, voted Most Dependable.

I’ve seen a school come together for a day of service, encouraging families to step out of their comfort zone and bless those in need.

While the trend of modern day children seems grim, you don’t have to settle for kids that are part of the norm.

Parents, be bold, make changes in your house, and encourage your child to be others focused, not self-seeking. You may not be able to change the world with your course of action, but you can spark a change in your community. Together, being strong in family and strong in faith, we can make a difference.

A fabulous resource for managing and thriving as a family is the Strong Family Project Printable pack.  It’s filled with resources to help connect families and bring them closer in a world intent on breaking the bond altogether.

This subscriber only exclusive pairs perfectly with the Strong Family Project blog series that starts May 27. Written in partnership with 25 faith and family writers, this series will debut here on Faith Along the Way and run through August.

How does your family go against the norm and protect your children from being entitled?