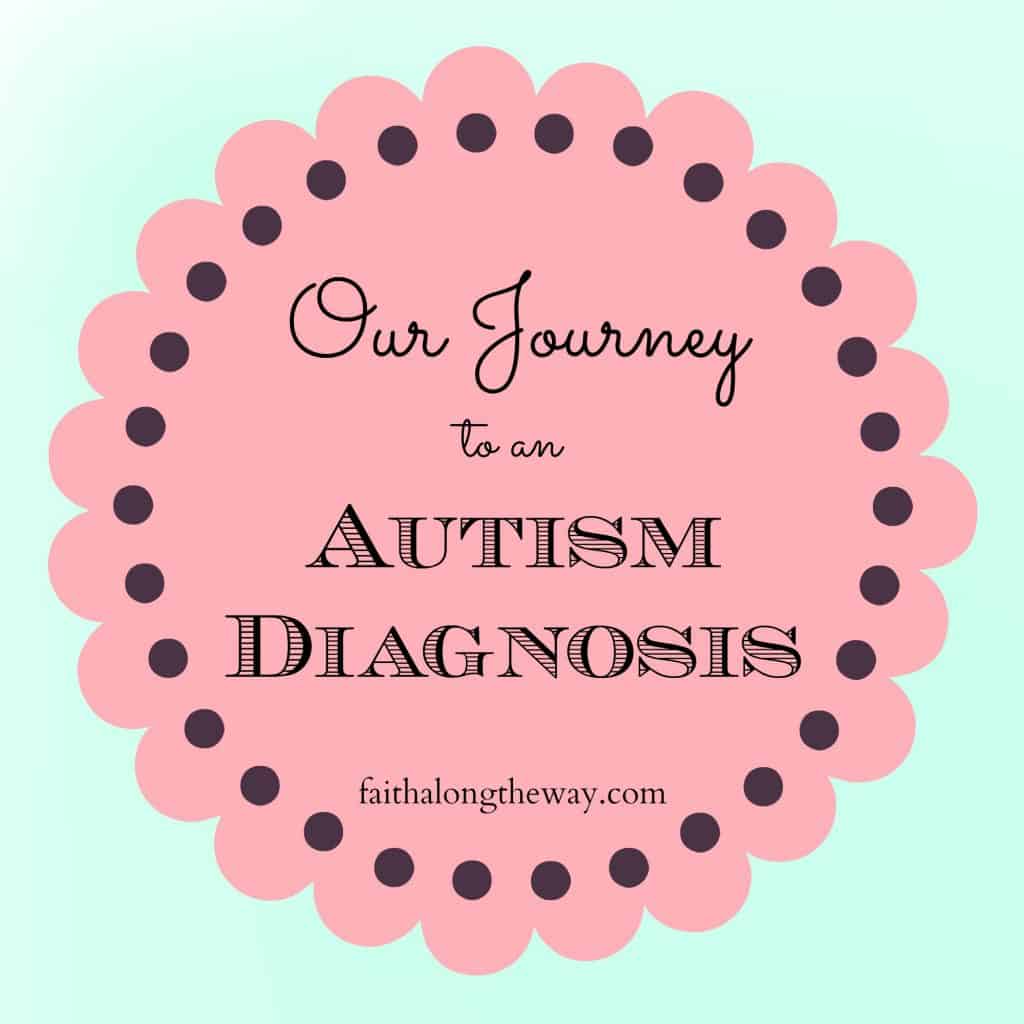 Milestones. As parents, we celebrate milestones in a baby’s life with claps, cheers, hugs and much excitement.  We beam with pride when our little one accomplishes new tasks as if our child was the only one ever to reach these goals.

Joy began her developmental milestones like any other baby, right on track and progressing nicely.  I loved going to her well visits to listen to the pediatrician brag about how beautiful she was and how great she was doing.

Until she was 6 months old, when it was time for her to learn to sit up, I had no concerns about Joy’s development.  I knew that at six months old, she should be interested in sitting independently, but she seemed to flop over and hated practicing to sit. I thought she was a late bloomer and would sit when she was ready.

Another quirk I had observed, basically since birth, was the unintentional and frequent rotation of her hands and feet.  She would be sitting in her high chair while her ankles rotated constantly and in between bites, her wrists would also rotate.  I remember my mom asking me what the rotating was a sign of, but I brushed her off and told her it wasn’t a sign of anything and again, it was something she would grow out of.

Around the time she was six months of old, I noticed her fear of children, especially those her age. I was shocked how she would cry around other kids, and would tremble with fear when they got anywhere near her. I thought it was odd, but honestly, like the other quirks, I did not think too much of them. She just seemed to march to the beat of her own drummer, and I was really alright with that.

Other unique characteristics she displayed included being PETRIFIED of having her picture taken, her hatred of putting weight on her legs in the walker, MAJOR sleep issues, and her ability to focus on one toy for an extremely long time.  If she found a toy she loved, she could literally play for it for hours. As a busy mom, I thought that the extra long attention span was a blessing, but I should have known it was a BIG red flag.

When she said mama and dada at seven months old and several other words soon after that, I thought she would be fine and dismissed the little concerns that were starting to creep into my thoughts.  These quirks were “just Joy” and part of the little personality that was developing more and more each day.

But she wasn’t fine. In fact, the more time went on, the more the red flags continue to emerge. Physically, she was way behind the curve of normal.  At 18 months old, she could pull to stand up but not support herself in a standing position without holding on, let alone walk.  She started private physical therapy soon after her 18 month check-up. Quickly the physical therapist noticed Joy’s quirks, especially her hand rotating.  The therapist even labeled the movement “hand flapping.” To most moms that phrase would not make their heart race and blood run cold, but to me, the former Special Education teacher, it meant one thing.

I started googling Autism symptoms and quickly became obsessed with trying to diagnose her on my own.  One day I was convinced she had Autism because of her hand flapping, fleeting eye contact, obsession with things that spin and her indifference to other children.  Other days I was sure she did not have it because she was verbal, was loving (to an extent) and had a great sense of humor. 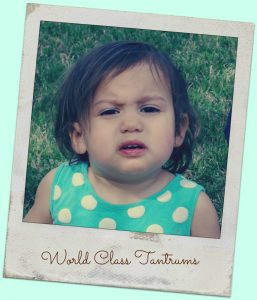 I obsessed over these symptoms for five long months, analyzing my precious girl day in and day out, looking for confirmation of a diagnosis or for peace in knowing that she was just a little delayed.

All the while I was praying for the truth to be revealed. I didn’t want to be a parent too afraid of an Autism diagnosis that I remained ignorant for my own pride. I had already experienced the hand of God time and time again in our lives as He guided us towards His path not our own, and was ready to blindly follow Him yet again.

It was an unusually warm spring day when Joy’s physical therapist asked me to grab a pamphlet off her desk.  My heart broke and tears unexpectedly flooded my eyes upon reading the title of the pamphlet.  It was about a free clinical trial to study children with developmental delays and diagnose them with Autism, if need be.

This was it. The opportunity I had been praying for was here.  We would finally know if Joy’s quirks had an official diagnosis or if they were simply part of her spirited nature.

The morning of the testing I was a wreck.  I felt sick to my stomach, light-headed and had an overwhelming feeling of angst.  My prayer that day was simple; let the truth about her condition be revealed and that she would do her very best so they could see the sweet, smart girl that we saw on her best days.

Not only did she breeze through the testing, but she was a delight to be around.  She was happy, interactive and responded well to all directions.  I felt the peace of the Lord calm my spirit and rejoiced, praising Him when the examiners concluded she did NOT have Autism!!!!

Part of the clinical trial included coming back a year later to track her progress, but I was determined to put that out of my mind and focus on helping her close the gaps between her and her peers.

Even weeks after her original testing, I just couldn’t let go that something was not right with our Joy.  As time passed, there were more and more red flags that pointed to Autism, despite the original testing results.  A drawback to my former career as a Special Education teacher included the knowledge that when tested at a young age, the discrepancy between a child and their peers may not be wide enough to qualify under a disability.

Not only was there still a very real chance that Joy had Autism; she was beginning to show more symptoms that I could not ignore,

She started pulling out her hair when upset and banging her head against the wall in frustration.  The tantrums grew steadily worse and were often her first attempt at communication instead of speech.  Her verbal progress came to a screeching halt and at almost three years old, was yet to use full sentences.

The social gap between her and her peers was also beginning to widen.  Other kids were interacting with each other and desired to make friends, while Joy not only preferred to play by herself, but sought solitude and was easily frustrated when others invaded her space. It was not uncommon for her to pull a child’s hair or yell and scream if someone even looked at her precious toys, including her baby brother.

A year swiftly passed and yet Joy had made minimal progress in these areas.  In fact, I was anxious every time we had a play date because her quirks were getting more evident. Other kids matured and honestly, surpassed her in every area.  It was not uncommon for me to come home from birthday parties or events in tears because Joy would rather flap her hands and watch the ceiling fan spin than play with the other kids.

Even though there were red flags all over the place, we enrolled her in a local preschool hoping and praying that being in a structured setting would grow her in maturity and social skills.  But on the first day of school when we were met at the door by the principal, I knew things were not looking promising.  Apparently in a span of three hours she had wandered around the room pulling things off the bulletin boards, refused to sit for circle time and wouldn’t participate, ate crayons and other various school supplies and during snack time, ate off the other kid’s plates.  Wow! I was MORTIFIED! I knew she was immature and had her quirks, but never thought it would be that bad!

Surprisingly enough, they allowed her to come back to school the next day, but more of the same behaviors continued.  Joy was struggling with listening and not showing much signs of improvement.  The only way that she could even participate was if the principal or an extra teacher was there with her one on one.

Sometimes a mom’s heart just knows when something is wrong, and I knew that what I was seeing was more than developmental delays.  I was ready for answers.

Of course, God had His perfect timing in the whole situation.  Right at the time Joy was beginning preschool, we were called to follow up with the clinical trial and have her tested yet again. I knew in my heart of hearts what the outcome of this testing would be.

Sure enough, after two mornings of in depth evaluations, in which she did NOT want to perform, Joy was diagnosed with Autism Spectrum Disorder.

My heart crumbled into a million pieces as I processed the news, but sitting in the room with the psychologist, tears streaming down my face, the hand of God was upon me yet again.  I felt the gentle whisper of peace as He impressed upon my spirit that HE WAS IN CONTROL and THIS DID NOT TAKE HIM BY SURPRISE!  He beckoned me to surrender my brokenness, my anxiety and my disappointment to Him and lay it at His feet, knowing that He was the only one who would provide peace during the great unknown.

I grieved her diagnosis for three months, all the while clinging to God’s Word for support and for guidance. The lessons I learned in the dark were so powerful, so healing, that I know my life will never be the same. (I’ll share more later this week so be on the look out for a post titled Accepting Autism: From Grief to Peace).

I am forever changed by Autism.

For the first time ever, God has my complete and total attention.

I have NO idea where my girl’s future is headed, but I trust the living God that has gone before us and paved the path of her life with His love and grace.  Her life will be beautiful because He created her in His incredible image and made her EXACTLY as she is supposed to be, quirks and all.

The diagnosis that I dreaded with every fiber of my being, was not the end of the world.  While it was a life changer, a life with Autism or any disability, IS NOT LESS!!!! If anything, I feel as though my heart is more full than without having an exceptional child. Her differences have taught me to slow down and appreciate the little things in life that often go unnoticed because as a society, we are too consumed with the things of this world. I look forward to a life filled with moments of sweet smiles and hugs from our beautiful baby girl, Joy! Thank you Lord for the gift of her! 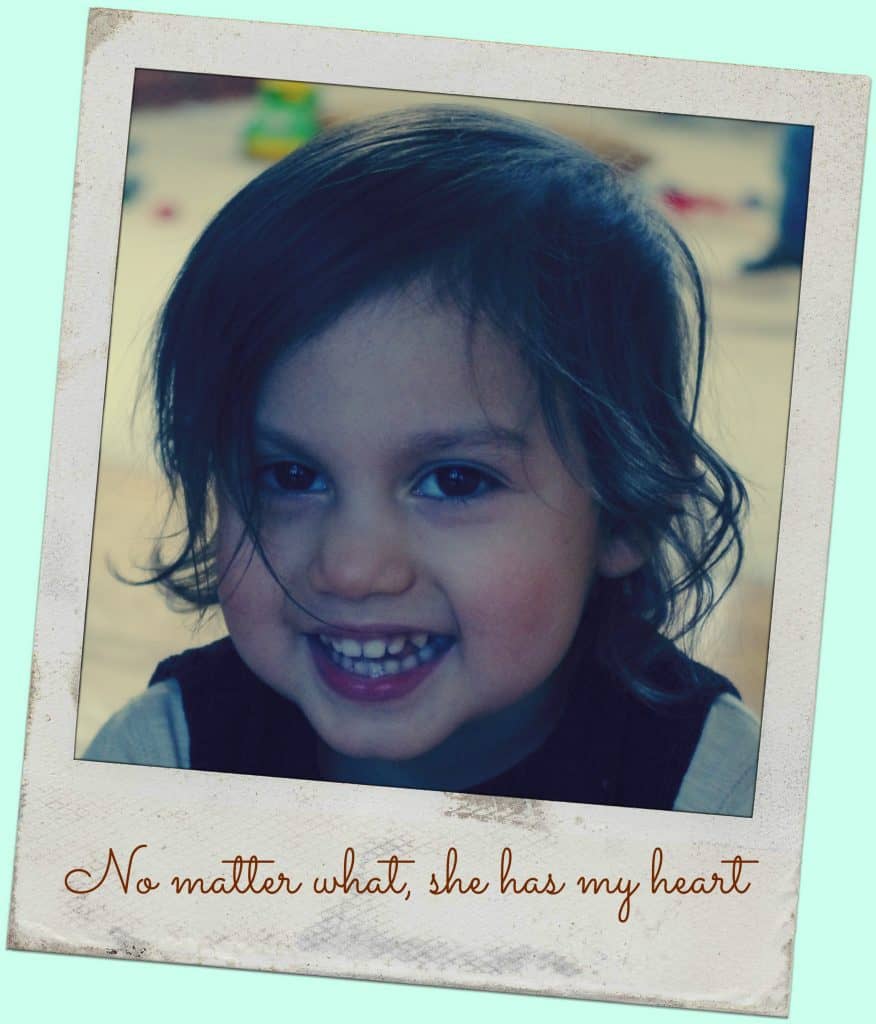